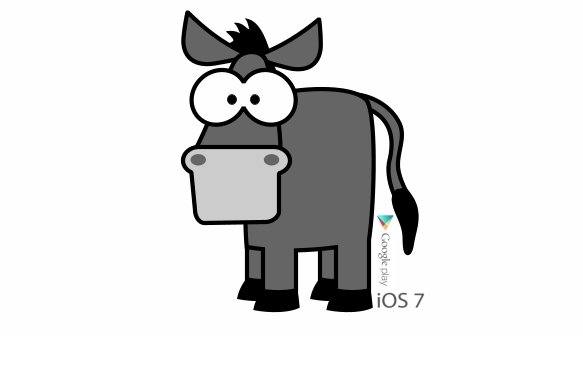 By Paul Morris & Updated 31st October 2013
I posted about ASS a few months ago however thought it pertinent to update you on the world of ASS – App Store SEO. I particularly wanted to open the article up to Google Play as my original article only gave lip service to the Android Play Store.

App Store SEO, or ASS for short is yet another algorithm powered ranking schema from Apple and Google.

Why bother with Search optimisation for the App stores?

In short there have been several studies that show how people discover Apps in the App stores e.g. Nielsen  and Forrester and whilst ‘channels’ such as App Store Top Charts and Friends are hugely important the top discovery method of choice for Apps is App Store Search.

It was also backed up by Ankit Jain (Head of Search and Discovery at Google Play) who was quoted as saying “For the average App, search actually makes up the vast majority of install”.

So there. It’s worthwhile to optimise your app for ASS.

To begin with it’s worth noting both app stores are not created from the same vantage point thus let’s provide an overview of Google’s and Apple’s creation standpoint to ASS.

2 X Ass’s are not created equally

Apple is a media company with little quality search history.

Whilst they have made a good acquisition in the area of App Search (Chomp, an app search specialist, a couple of years ago) they still rely on their media credentials. So as an example they took the same keyword methodology from iTunes Music (fields that describe the musician, song, music type, etc) and applied a keyword box to stuff (sorry intelligently lace) with relevant keywords. App title, developer name, ratings and that stuffed keyword field are key to Apple as they have no real Web SEO understanding to call upon. However to be fair on Apple they are increasingly de-weighting the keyword tag impact and, unlike Google, have complete access to user appreciation (discussed below).

ios7 seems to have improved search with enhancements such as Apps near me and auto updates (allows you to update your app more frequently and test new features quicker without the app creator feeling penalised as they like to have large numbers on ratings in the new card layout system) that should slightly improve iOS ASS ranking parameters to aid the quality of its Search results.

Google came from a Search background so I’d argue that despite less time in the app marketplace their ASS algorithm has the potential to drive better results to the customer.

Whilst Google has all the other ranking attributes at its disposal that iOS has (excluding the spammy keywords field), Google has in addition the web to fall back on hence can take into account inbound links to your apps detail page (as eluded to above iOS does not do this) and Google will at some point surely integrate more user actions (detailed in my Social Standing and Syndication post from a few months back) into its ASS algorithm.

So now we have an understanding of App Search optimisation ethos from the 2 main protagonists here are some specific nuggets of advice for App optimisation:

Target relevant search queries. I cannot advise you on whether you should go after Fat Head, Chunky Middle or the Long Tail as I do not know your business however just think carefully about your targeted keywords.

Also be careful with your category selection. Not only does this play a part in the iOS algorithm relevance score but some categories are easier to rank in than others hence if your app is relevant to several categories pick wisely based on search volume, competition, potential to gain a top 3 ranking, etc.

Stuff it (only joking). Make the description field engaging without over keyword stuffing optimisation.

A tailored version of Social SEO is required as Social promotional activity is key to draw attention to your app so you do not just rely on in app keyword optimisation + spending lots of cash on digital media promotion to get your app noticed. Social ASS/ SEO also aids the generation of inbound links that are useful to the Play algorithm (more info below).

Your logo and screenshots are key to aid CTR; particularly due to developments such as the visual-centric Search functionality in iOS. Get this right with screenshots that are accompanied by text or other graphics that tell your app story and draw people in to download.

Spelling mistakes and plurals have in the past resulted in significantly different results in iOS.

Make sure you also optimise keyword phrases; a case in point is this one that saw this iOS developer disappear of the face of the app earth.

However, as noted above, iOS is now downweighting the good old keyword tag and moving on to areas such as….

Apple, unlike Google, has complete access to EVERYTHING within the application. What does this = Truckloads of usage appreciation data that’s what and these include: CTR, Usage/ Discard rates, Downloads, Ratings/ Reviews and App/ Freshness Updates.

…So whilst I’m unsure as to how much this area affects rankings it should increasingly become important as Apple (and Play to a degree) compares, and thus ranks, apps within similar categories.

Note: What would also be interesting (and I’m not sure on this one) is if Brand Trust played a part in the ranking algo as well e.g. if the app were from a trusted developer then it could increase rankings, particularly at launch where other factors have not yet had chance to play a part in ASS.

Spam it (Google Play only and definitely joking on the spam it front). In bound links count hence generate good quality relevant in bound links with targeted (but not spammy)  anchor text.

Don’t just read this article and think you know it all.

Experiment with optimisation services such as Appcod.es, Searchman and Mobile Dev HQ

Apptamin have a good cheat sheet, a good Google Play App optimisation article and Appcod.es have put together a nice post iOS6 slideshare