Note: the below details are courtesy of the Facebook Blog

Wow. Facebook just went all Google Quality Score on us.

Starting as of now Facebook has introduced a Relevance Score metric to their ad reporting dashboard.

Whilst I doubt it will be as sophisticated as Google Adwords Quality Score (QS) it does reinforce the benefits of having expert paid for optimisers on your Facebook campaigns.

Clearly then Facebook optimisers need to pay attention to the relevance score metric going forward as it will affect ad delivery and the price you pay.

In a similar fashion to QS, Facebook will use ad viewer feedback to determine score. The range being 1-10 (10 being the best). 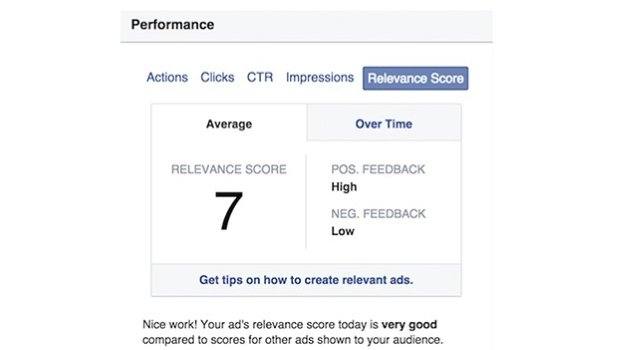 How will it work?

In terms then of how it actually works; both positive and negative ad feedback factors will play a part in your score. Positives will almost certainly include clicks, video views and conversions. The most obvious negatives will be a lack of engagement on your ad when compared to the norm for that industry and those individuals who hide or report your ad.

But not if you’re…

Interestingly not all ads will be given a relevancy score; those ads set up on guaranteed delivery will not be affected.

To be fair the implementation makes sense for the holy trinity; Facebook, the advertiser and the user. Basically good (however you ascertain the word ‘good’) ads will reward the user as they are useful, the advertiser as they gain engagement and Facebook as they coin it in whilst keeping the user and advertiser happy. Equally the vice versa happens i.e. carrot and stick.

So how do I beat the algo?

It’s too early to say what to do to optimise against the new algo however I’m sure many people will be reverse engineering this over the coming weeks hence keep your eyes out for posts on the topic.