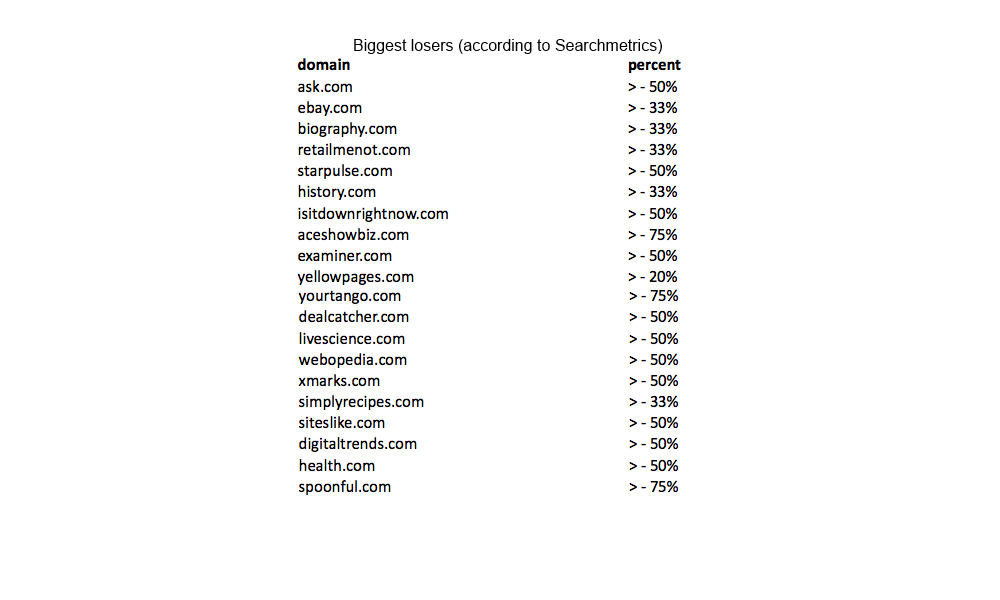 There was a major Google algorithm update yesterday = Panda 4.0

Recap: Panda is a Google algorithm update ‘code name’ that was developed to prevent sites with poor quality content from being in top Google SERP positions. Google have been updating Panda on a rolling monthly basis over the last few years with no major announcement in over a year. However as this update is so big Matt Cutts felt it worthy of an announcement.

Detail: 4.0 has been confirmed as the “next generation” of Panda and “one specific algorithmic change that should have a positive impact on smaller businesses.” So rather than just a data refresh it’s an actual algo amend.

So how do you define big? Well Panda 4.0 will affect 7.5% of English queries hence I’d say that was pretty big.

Impact: Search Engine land and Searchmetrics have conducted some great research into the biggest winners and losers (a screenshot of the biggest losers is above) that are worthy of reflection.

How do you know if you have been affected? Analytics, Search Metrics, BrightEdge et al will certainly be proving worthy of research over the next few days!