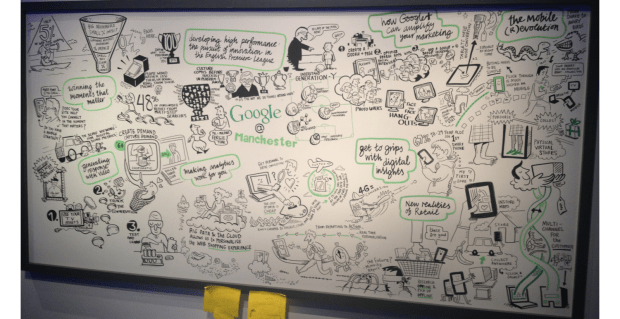 By Paul Morris
I attended the Google @ Manchester event on 30th October 2012 and wanted to provide some overarching event themes as this will give us an idea of Google’s direction:

Pushing mid journey touch-points as being undervalued (I would not disagree at all however they are also doing this to increase PPC spend). For this then I would say look out for more promotion of stuff like Broad Match Modifiers

MVT promoted (strangely there has not been much update of their tool over the years though). Interestingly only 1 in 10 MVT tests prove effective hence do not give up as everyone else is in the ‘damn why isn’t this working when everyone is saying it’s cool’ boat.

Since 2010 Google have developed for Mobile first

Dual Screening is only going to get bigger. There are some great examples on this blog with another great example being Red Bull